What you need to know

Lee’s Ferry is often considered the crown jewel of Arizona fly fishing. Along with the San Juan River in New Mexico and the Green River in Utah it makes up the South West’s big three tail waters. The Colorado River at Lee’s Ferry is most definitely a world class flyfishing travel destination.

Fly fishing at Lee’s Ferry may occasionally be a challenge but fly selection is not. The wild trout at Lee’s Ferry thrive primarily on a midges, scuds, and aquatic worms with the occasional large fish keying in on small bait fish. As such, fishing zebra midges, scud patterns and San Juan worms under an indicator is a highly effective way to hook up Rainbow trout. However, don’t be afraid to swing streamers big and small in order to flush out larger piscivorous quarry. Dry fly fishing is sporadic but when things come together it can be unreal (Think big Cicadas in July and August). The dries that work will often be smaller midges during a hatch or larger foam and rubber offering that trigger that greedy fish into a reaction bite.

Tip: Strip streamers along the undercut banks or bushy attractors thrown in the white water. Beetles have been a good choice.

For the most up to date water data, we recommend checking out the Unite States Geological Survey (USGS) site. They provide tons of data points so you’ll be able to find exactly the data you want, and know it’s relevant. They even keep historical data.

Expect temperatures in the mid-low 90’s during the day and dropping into the low 60’s at night. Rain is likely during this time of the year, but lately it’s looked mostly dry.

Email me the fishing reports 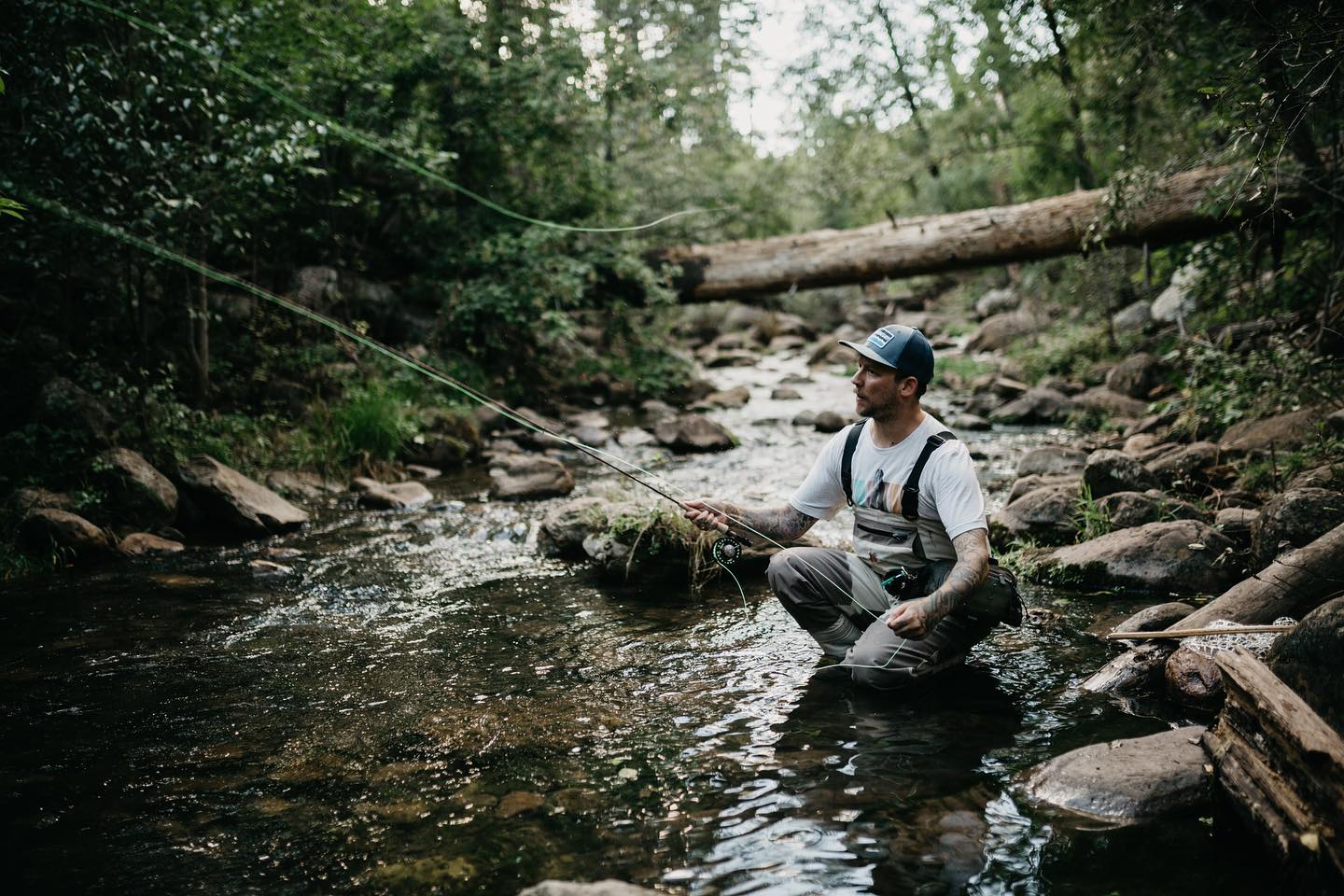 The Simms Flyweight Shell. Oh, it’s not raining? Tuck it into you Simms Sling pack for a lightweight layer that stows well.
Feelin’ dangerous? See if you can trigger that greedy fish into a reaction bite with a dry fly. Smaller midges during hatch or a larger foam and rubber offering work best.
These streams can get tight so the 7ft 3wt by Douglas may be the perfect rod for them.

Tip: keep changing up the size and color combos until you find what the fish are biting on and tungsten bead Zebras will get you down to the fish more quickly.

Stop guessing which gear to bring

We admit it, the gear doesn’t make the angler…but it definitely helps. The right equipment takes your day on the water from great, to great. We carry everything that we recommend here in the shop. Swing by!

Stay in the loop with our newsletter